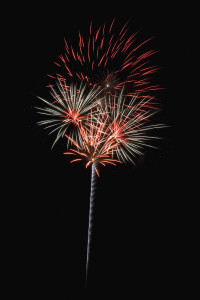 As a millennial, I feel as though the reason for Labor Day has been lost. I no longer think of Labor Day as the day to recognize those in the work force…I think of the picnic my Aunt has every year and swimming at her pool. I think of seeing my cousins and asking them about school. Other than that, I don’t necessarily see or remember the real reason we are off the first Monday in September.

As I thought about how I spent my Labor Day, I decided to do some research and look at the real reason we have this National Holiday. The History Channel offered a whole background on the day and the more I read, the more thankful I was that Labor Day was established. The forming of Labor Day give recognition to the hard work our ancestors put in before us. I’m glad my curious mind allowed me to discover that Labor Day isn’t just for the fireworks, barbecues, picnics, and a day off…it’s the remembrance of those who shaped the American workforce.

Read below for more information on Labor Day.

Labor Day formed during the Industrial Revolution. Many remember this time as the great uprising of American but also the terrible working conditions associated with this time. “The average American worked 12-hour days and seven-day weeks” to provide ample means for themselves or their families (History Channel).  You could also find children as young as 5 or 6 years old working as well. Many of the conditions in the factories and other areas were not sanitary working conditions and many of the work was quite dangerous.

During this time, Labor Unions started to form for workers rights. They created the first strikes and rallies to help improve the working conditions and wages. From these strikes, there were notable violent events such as the Haymarket Riot in 1886 but there also were peaceful ones such as the first Labor Day parade. This parade was held on September 5, 1882 and “10,000 workers took unpaid time off to march from City Hall to Union Square in New York City” (History Channel).

The holiday started to gain strength in several industrial centers where the states passed their own legislation to recognize it as a “workingmen’s holiday” (History Channel) but Congress still didn’t recognize it as a National Holiday until 12 years later.

On June 26, 1984, the American Railroad Union led a boycott against the Pullman railway cars. The federal government sent troops and what followed was “a wave of riots that resulted in the deaths of more than a dozen workers” (History Channel). After this event settled, Congress, desperate to repair their connections with workers, “passed an act making Labor Day a legal holiday” (History Channel).

To this day, the original founder is unidentified.