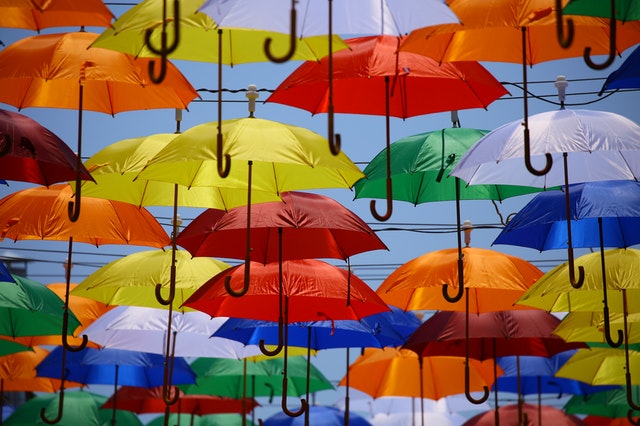 Homeowners insurance protects you if, say, a fire burns your house to the ground. That’s a start. But you also need to think about protecting your home against something equally dangerous: a lawsuit. If a houseguest slips in the bathtub, you could get sued. Lose the lawsuit and you could lose all of your assets, including your home.

Umbrella insurance is designed to take over when your homeowners insurance reaches its liability limits. The key to making a decision about whether to purchase an umbrella policy is understanding what’s covered by umbrella insurance and, equally importantly, what isn’t.

While umbrella insurance is comprehensive, there are some exclusions, according to Travelers, such as:

Other key exclusions for typical umbrella policies involve business activities. Bob Gustafson, a certified financial planner in Marlborough, Mass., offers the example of a van driver delivering yarn to a homeowner who makes extra money knitting sweaters and selling them on eBay. This is a business, and your home/umbrella policies probably won’t cover you if the van driver gets hurt on your icy driveway. Riders, costing about $300 to $400 a year, are available for small home-based businesses.

People who work on your property normally aren’t covered either. How you should handle them depends on their status. Workers employed by a business, such as landscapers or gutter cleaners, should carry their own insurance, says Gustafson. Check before hiring them.

Full-time domestic employees, such as housekeepers and nannies, are treated differently. They aren’t likely to have their own insurance, and Brian Mittman, an attorney in White Plains, N.Y., says they may not be covered under yours either. If your full-time nanny falls down rickety basement steps, you probably aren’t covered, even if you pay her “off the books” in cash. Ask your insurer about a special rider.

Occasional domestic workers–those who work less than 35 hours a week–should be covered under standard homeowner/umbrella policies. You shouldn’t require a rider for an infrequent house cleaner or babysitter, for example, but check the terms of your policies to be 100% sure.

Before you shop around for any additional liability coverage, determine how much you already have. Most homeowners insurance comes with liability protection, but it’s usually capped in the $100,000 to $300,000 range. If you own a very modest home and have few other assets, then that may be sufficient.

Most homeowners, however, require more, says Bob Adams, a certified financial planner in Cupertino, Calif. Even $300,000 can disappear quickly in the face of a major lawsuit. The median home price in 2009 was $173,500. Add to that the value of your personal possessions like jewelry, cars, boats, vacation homes, rental properties, and savings, and the assets you need to protect probably exceed the limit of your homeowner policy. You can even be forced to give up a portion of your future income.

It’s worth noting that some states have so-called homestead laws that can protect homes from creditors. There are many exceptions to the rules, however, so check with an attorney.

Lawsuit payouts can be huge. ACE Private Risk Services, which advises individuals on insurance needs, notes a case in which $8 million was awarded when a man suffered an aggravated vertebra injury requiring fusion surgery after a simple fall from a porch. It doesn’t matter if the person who is suing you has extensive health insurance–you’re still on the hook. In fact, umbrella policies tend to have a “med pay” provision specifically to cover medical bills in the event of a lawsuit.

When looking into umbrella insurance, be sure to check with your current home and auto insurers, since many insurers offer multi-policy discounts. An umbrella policy, which typically costs about $300 a year for $1 million of coverage, can usually be issued in a couple of hours, unless red flags come up such as a poor insurance score or an extensive history of home and auto claims.